Show Me the Money/Return on Investment

So you have a hunch that there is a better way to improve operational efficiency than your current paper chase – and save time and money in the process.

You are almost certainly right – but how do you get to know that for sure?

On the surface, a manual process is an inexpensive approach. But with a large variety of processes to consistently maintain and monitor, a paper based system falls short.

The Compliant food safety management system automates your operations allowing you to work smarter and leaner.

How much will we save?

Whilst the Compliant system covers every area of your business, we will focus on savings achieved from the Quality Management system (QMS).

Firstly, you need to establish the costs to record processes manually. How much paperwork do you get through a week? How long does it take to complete each checksheet? Where do the most time-consuming processes occur? Chances are your staff spend a lot of time chasing their tails, colleagues and paperwork around the site.

Ensuring everything is completed on time and correctly takes time. Throw in managing non-conformances, verifying documentation is up to date, processing complaints, audit preparation, filing paperwork and electronic documents, maintaining training records etc and it all adds up.

To give you an idea of a saving, let’s take one example non-conformance where a manual process goes something like this…

A member of production identifies a cracked perspex screen and mentions it to their line manager who takes a picture of issue using a camera phone. They record some notes on an A4 sheet, then contact Quality to explain the issue.

A QA comes across to collect the A4 page, assess the cracked screen and decides to call maintenance and explain the issue. Maintenance come over to look at the issue and work out how to fix. After repairing, they take a picture using a phone camera and complete their section on the paper sheet (after spending 5 minutes trying to find the sheet!).

The sheet ‘worms’ it’s way back to the QA Office the following day, and the QA, after a couple of calls chasing , got the resolved image off Maintenance on an email. The QA couldn’t read all the handwriting on the paper notes, and it took a couple of days before they had the time to mark the non-conformance as resolved at the PC as they were busy fire-fighting other issues.

But finally, it’s resolved and logged, though soon the details are buried somewhere and not easily possible to trend or report on during internal and other audits.

That took around 120 minutes between them all over a couple of days. On a site that averages 25 non conformances a week, that becomes 50 hours a week, even without allowing for any intangibles such as the non-conformance being created twice in error by two people.

In any case, maintaining Non Conformances can be estimated at £52,000 per year based on £20.00 an hour labour.

Now, let’s assess using Compliant. On detection, the user takes a picture of the perspex with a touchscreen tablet and is prompted to record notes and collect a manager signature. A work request number is automatically generated and an email sent to Quality and Maintenance departments (who are associated to non-conformances of this type). Maintenance view details on their tablet , perform repair and take a resolved picture and notes as prompted. The Quality team receive notification the issue is closed with everything accountable and time stamped. That’s it. No phone calls, no paper chase, uploading images manually etc. Better still, everything was done correctly first time and with total traceability. The non-conformance can have preventative action and root cause assigned and be reported on for trending.

What will the ROI (Return on Investment) be?

Of course, the above is an oversimplified example of one area of your business processes. To form a full picture would require more analysis to provide an accurate ROI. Typically, Compliant takes half the time to manage non-conformances, so above example would represent a saving of £26,000 per year. The above covers one aspect of your quality management. You would save a lot more time and money using Compliant to manage complaints, document control, remove checking paperwork, filing etc. And Compliant’s software includes stock, production and auditing modules too. Users of Compliant notice after a few weeks that the intangible benefits often outweigh the tangible benefits. Reduced stress levels and happier staff is priceless. Moving from a firefighting position to a proactive role based on trend analysis is an achievable and satisfying end result.

Every penny and every second counts

The low monthly cost of Compliant means that a return-on-investment is quickly achieved. Compliant has been designed and priced to appeal to all food & drink producers – regardless of size. The Compliant system typically saves 60% of time compared to manual systems. 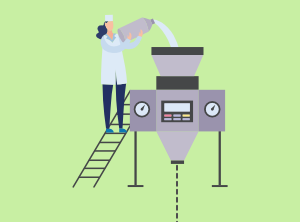 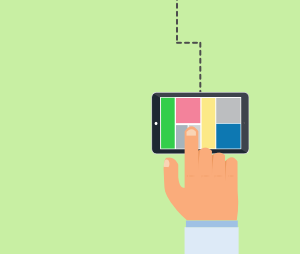